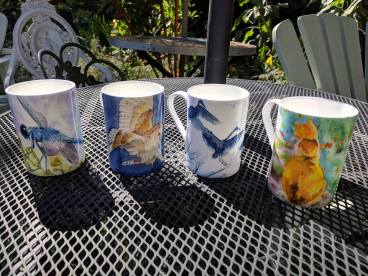 Client wants our software packaged as an MSI (Microsoft Installer).  Found some software that will do this called exemsi.  Exemsi comes in a free mode with a GUI interface and a professional mode ($200 per machine) that can be called from a build process.

If the name of the executable file changes from release to release (for example, if it has a version number as part of the file name), the configuration file is supposed to have a way of finding the file based on wildcards and regular expressions.  I could not get this to work and had extreme difficulty reaching the author of the software.  He did reply to me once, but his suggestion did not solve the problem.

So, after much frustration, I decided to just make a little script that would read from a basic template configuration file, and write out nearly every line to a temporary configuration file for the current build.  Nearly every line because one line would have a substitution.  The line that specifies the executable name would be substituted for the installer file name of the current release.

I started writing this script as a DOS batch file.  I ran into trouble trying to make a loop with multiple command lines inside the loop.  I started thinking I’d scrap DOS and do it in Python, when my boss suggested Powershell.  Either one would serve.  The two machines on which this script would need to run already had Powershell installed, so that’s what won.

Besides, it afforded me a nice opportunity to learn how to use Powershell, having never used it before.

Here’s the Powershell script, which I called makeMsiWrapperConfig.ps1:

It just reads every line from the template exemsi configuration file, and when it finds the line that has “<Executable” in it, makes a substitution using the file name from the parameter passed in.  Then it spits out the lines to a tailored-to-the-current-release configuration file.

The next thing I needed to do was call this from the Apache Ant build.xml file.  Here’s that code (the names have been changed to remove references to proprietary software):

It works.  I would hope there are easier solutions than this.  But once I had asked my boss to purchase the exemsi software and spent some time learning it, I was kinda like a dog with a bone and determined to make this solution work.  And hey, I learned something about Powershell and how to call a Powershell script from an Apache Ant build.xml file in the process.